The Problem:
Team R.E.D.’s annual underwear mile race is a fundraising event in which participants run a mile in their underwear on a cold, December day. The proceeds go toward Join the Journey, a cancer support group in Rochester, MN. This awesome event did not have a website or a brand identity. The race director was using Race Roster to create an online event page. I saw this as an opportunity to put my front-end web development skills into practice.

My process:
I studied the content and layout of other event websites. I noticed that similar races featured photos of underwear clad runners. In an effort to make this event stand out from other underwear mile races, I avoided using the same imagery. I was inspired by sewing patterns and created a background graphic of under garments instead. The pink color scheme was chosen to place emphasis on breast cancer awareness. 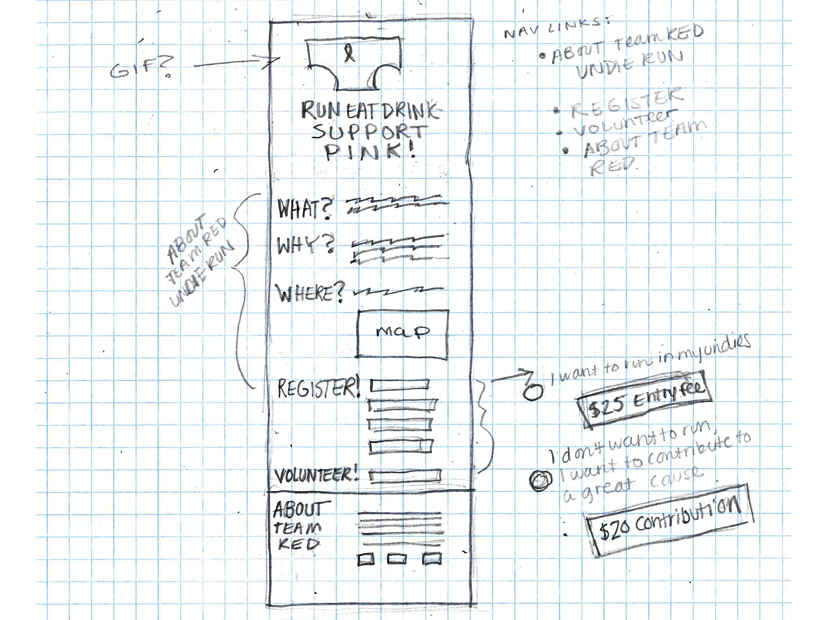 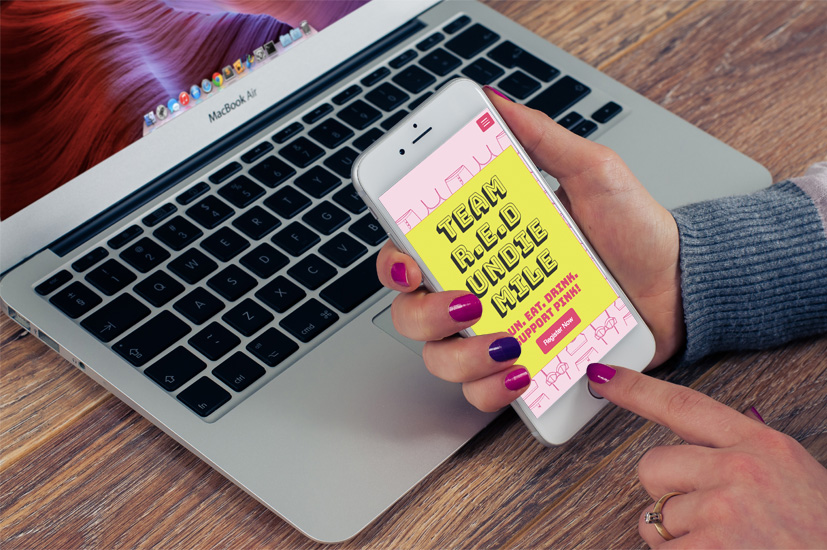